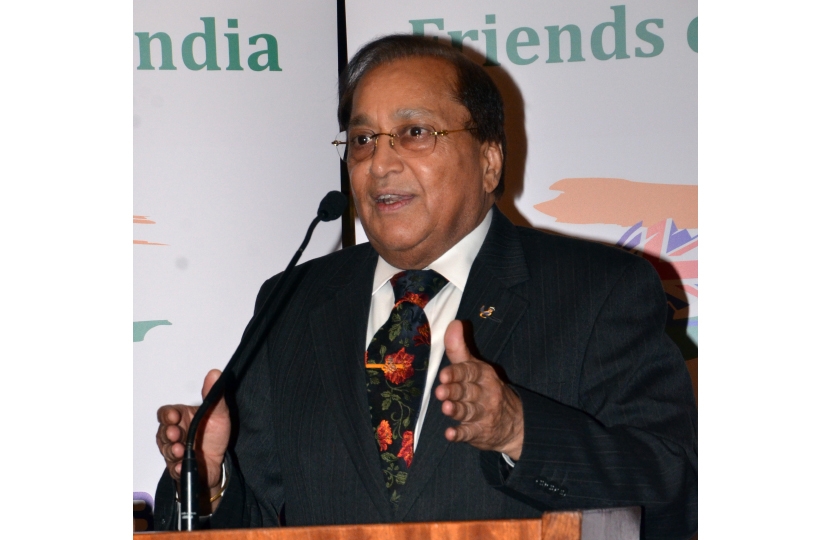 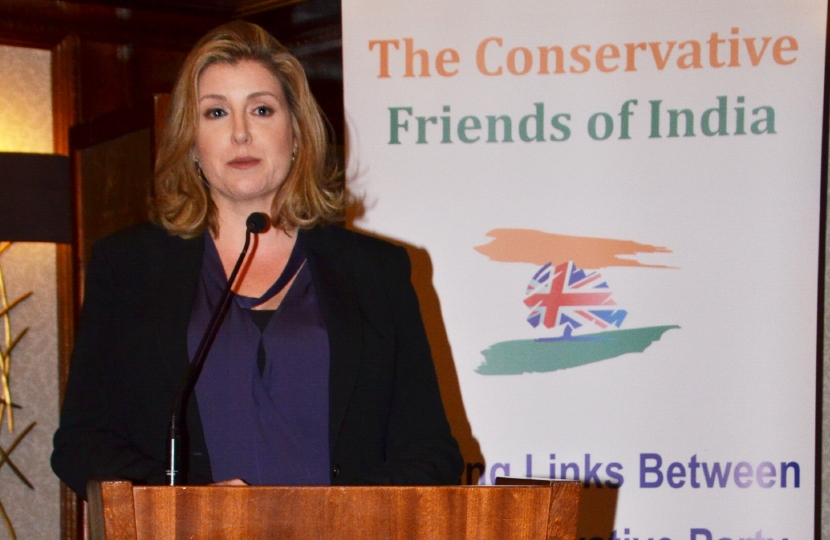 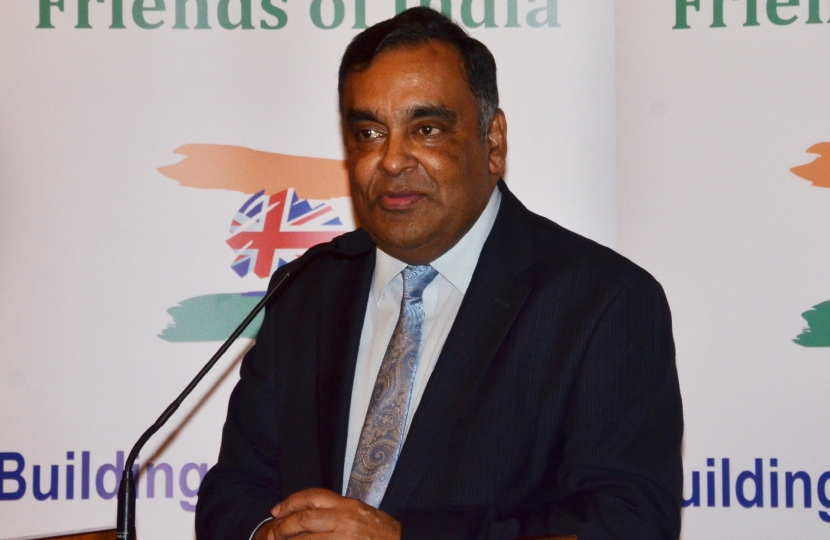 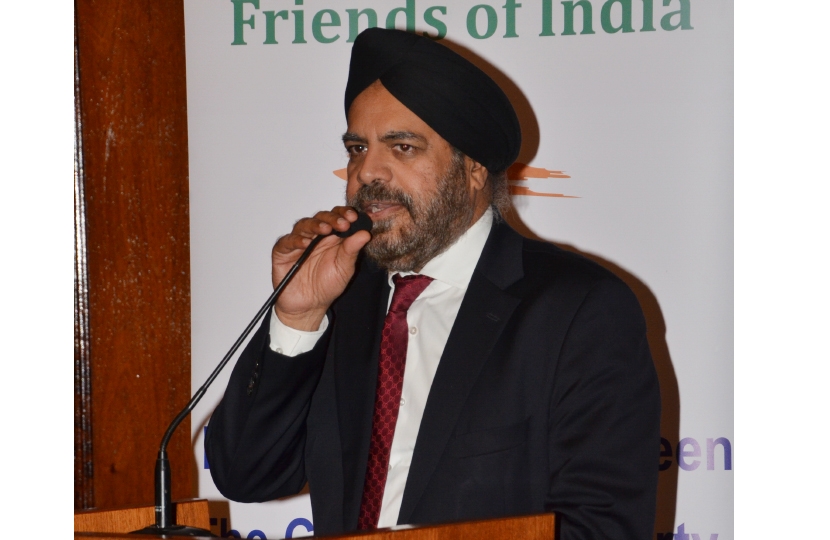 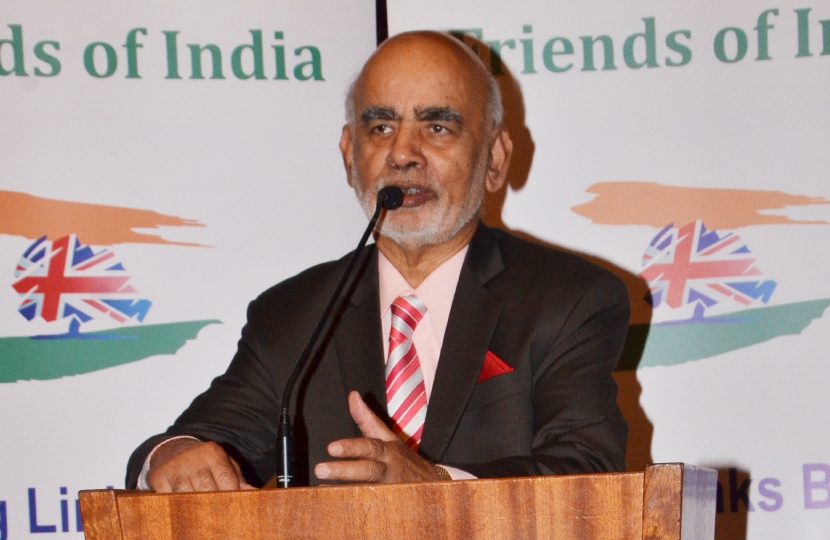 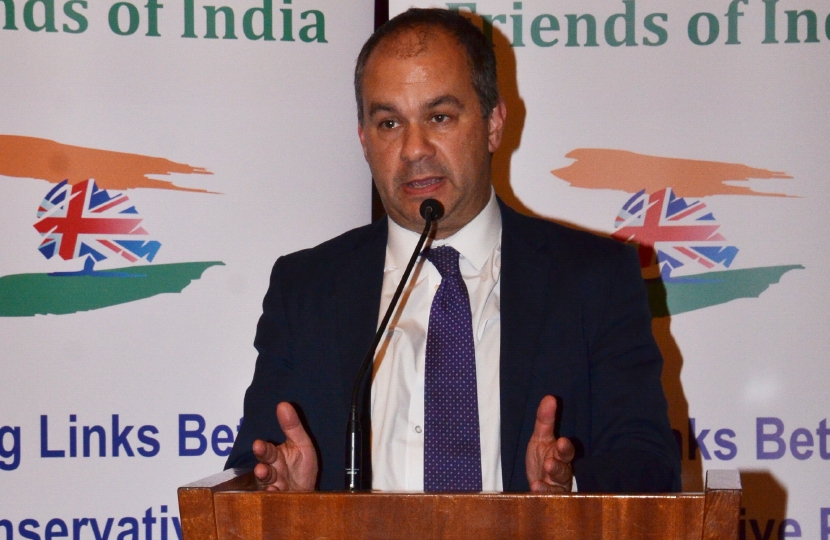 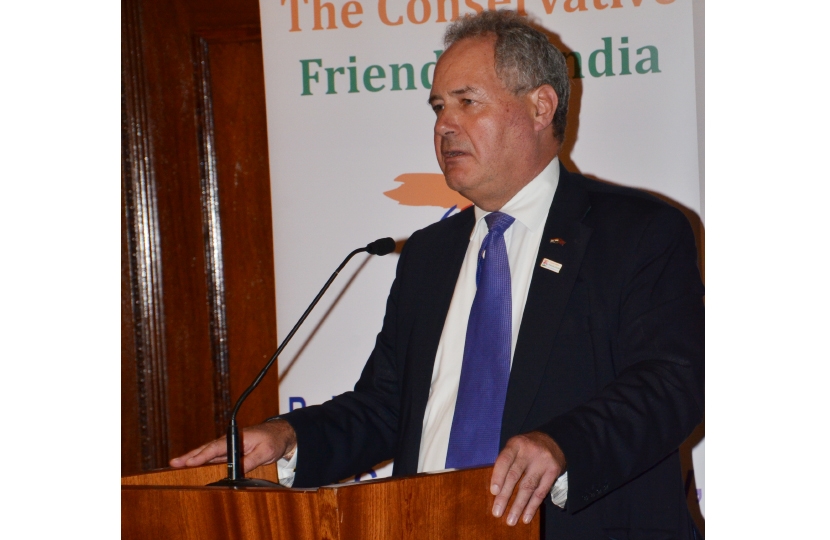 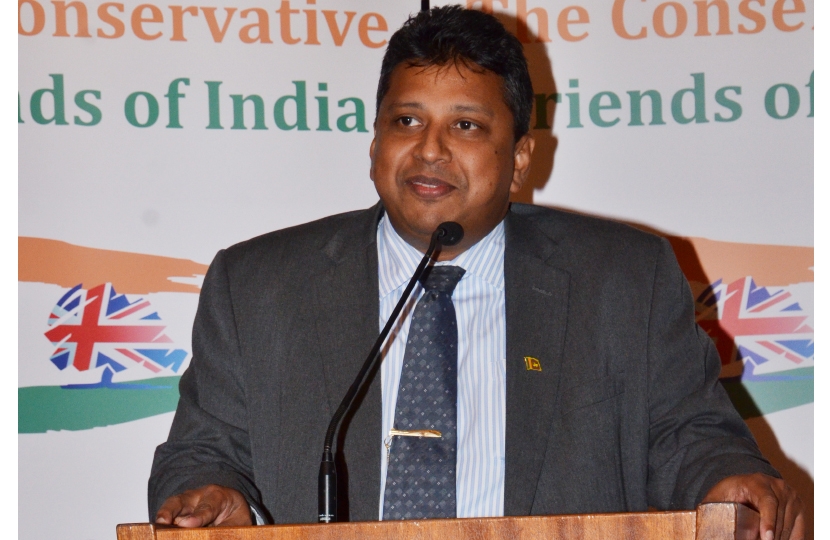 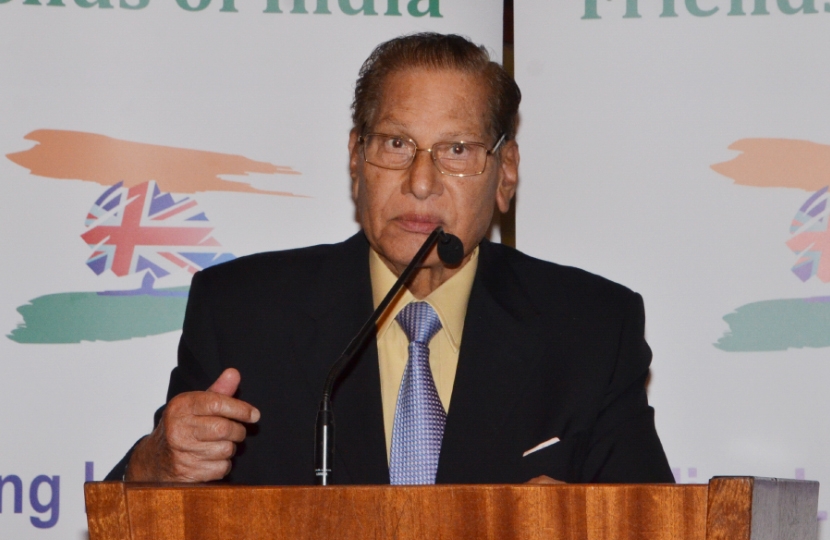 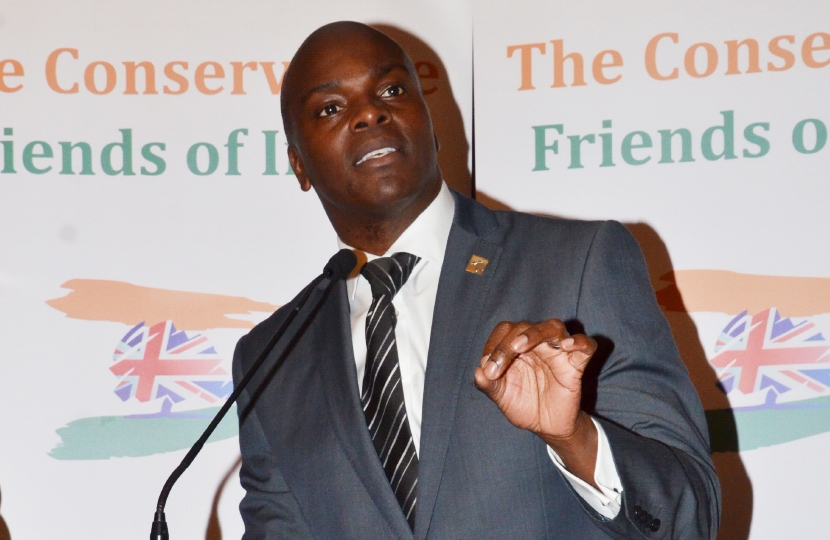 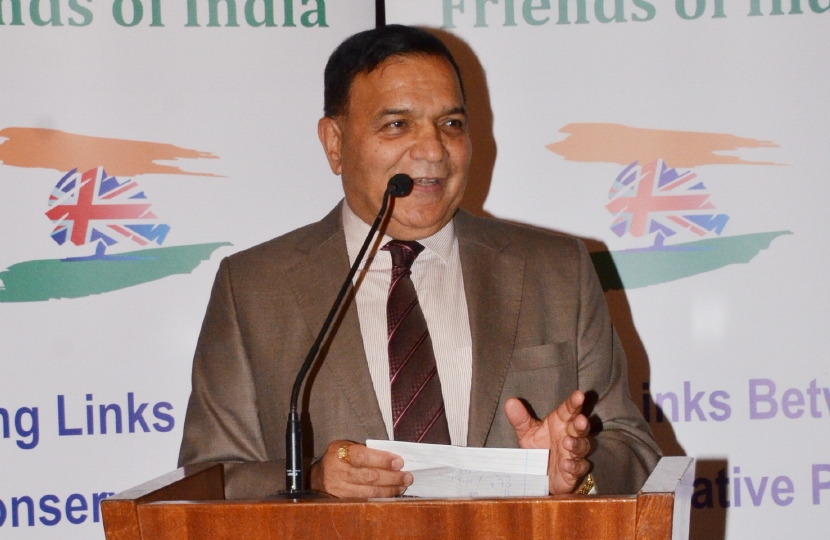 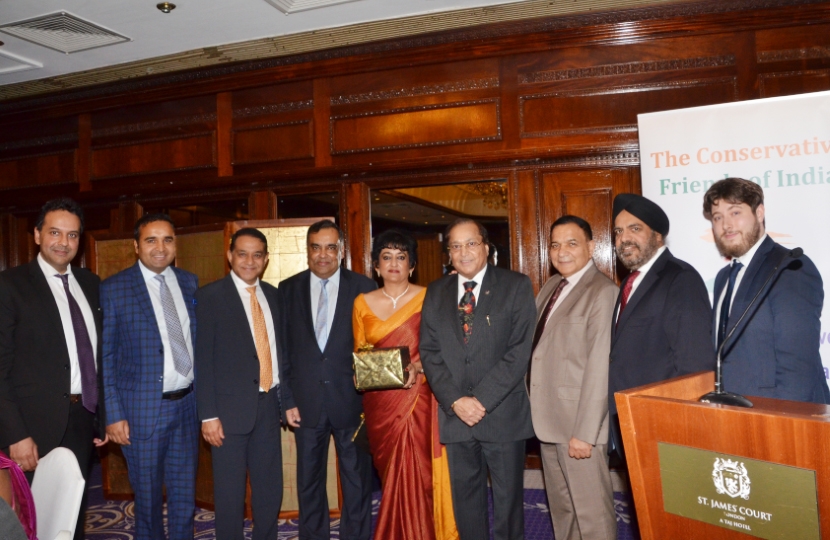 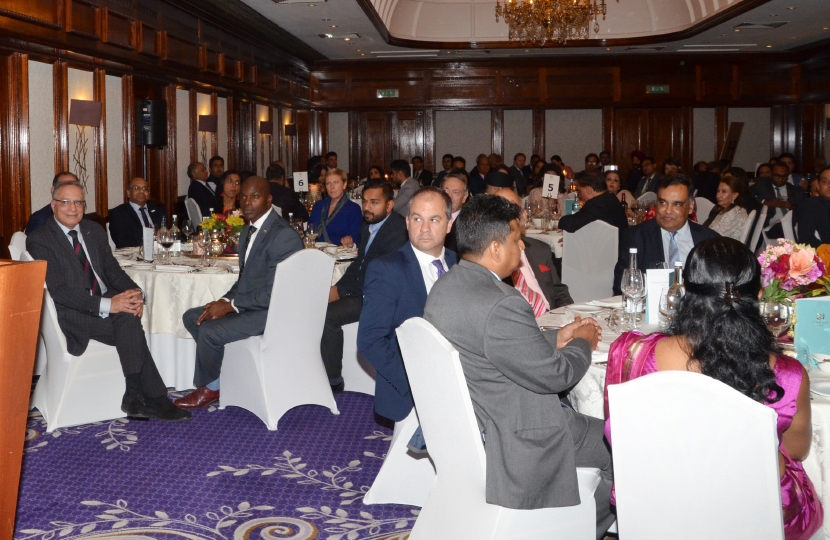 The Conservative Friends of India (CF India) hosted a farewell dinner on Tuesday 16th October 2018 at the Taj Hotel, London, in honour of the outgoing Indian High Commissioner, His Excellency Mr Y.K. Sinha and his charming wife Mrs Girija Sinha to recognise their outstanding services in building stronger ties between the United Kingdom and the Indian diaspora at such an important time when Britain is about to leave the European Community.

After almost two years of tirelessly working as the Indian High Commissioner to the United Kingdom, H.E. Mr Y.K. Sinha will be retiring at end of October 2018, serving the Indian Foreign Services for over 37 years in various roles. He said, if he had the chance he would join the Indian Foreign Service all over again as he enjoyed his varied postings across the world, giving him a much better understanding of what a global citizen entails and that his posting to Britain was the best he enjoyed in his longstanding diplomatic career.

In a packed room of 120 guests, comprised of prominent members from across the British Indian diaspora, Dr Rami Ranger CBE, Co-Chairman of The Conservative Friends of India, welcomed the guests and paid a tribute to the High Commissioner and his wife, Mrs Girija Sinha for serving India magnificently. He said that during their tenure, the Indian High Commission has engaged with the British Indian communities on an unparalleled level. As a result, the India diaspora built a very special relationship with the High Commission.

The outgoing High Commissioner also reaffirmed India’s commitment to building a greater relationship with Britain post Brexit, during his speech. The Indian economy was growing at over 7% per annum and could offer Britain a huge market of over a billion consumers. India looks forward to strengthening its trade and cultural ties with Britain.

The Guest of Honour, the Rt. Hon. Penny Mordaunt MP, Secretary of State for International Development spoke of Britain’s commitment to India and praised the outstanding contribution being made by British Indian communities in enriching the UK. She is looking forward to visiting India soon.

"Over the last nine months, it has been a pleasure to work with the High Commissioner and his team, in promoting and enhancing the relationship between the UK and India. His commitment to this partnership of equals has played a key role in bringing the two countries closer together, to the benefit of both nations."

Patron CF India, Dr. Ravi Gidar said "that he could not understand how any fellow British Indians could think of supporting any other political party other than the Conservative Party."

Lord Rana, Paul Scully MP, Bob Blackman MP, Mayoral Candidate, Shaun Bailey AM and the Acting High Commissioner of Sri Lanka Sugeeshwara Gunaratna praised the work of the High Commissioner which he carried out with the highest commitment and passion.

Patron CF India Mr Anil Sharma gave a vote thanks and praised the work being done by the members of CF India and as a result, the Conservative Party will come to be seen as the natural political home for British Indian communities.

3. His Excellency Mr Y K Sinha, High Commissioner of India conveying his farwell message and thanks to Britain and the British Indian Communities.

4. Dr Ravi Gidar, Patron of CF India mentioning the natural affiliation between the British Indian community and the Conservative Party.

11. Mr Anil Sharma, Patron of CF India giving the Vote of Thanks.